High school and College in Germany 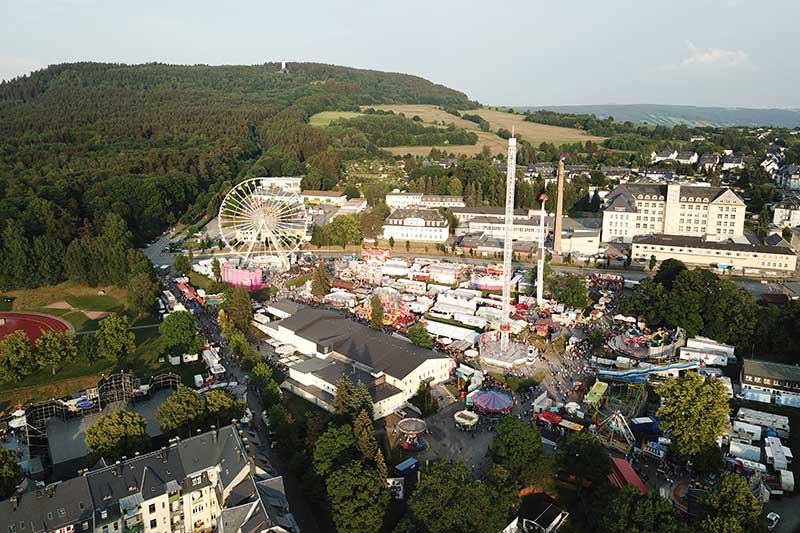 In small town Annaberg-Buchholz, situated in the Ore Mountains, the ASG-Anerkannte Schulgesellschaft mbH, an independent and certified school, prepares young students from all over the world to study at a German University. 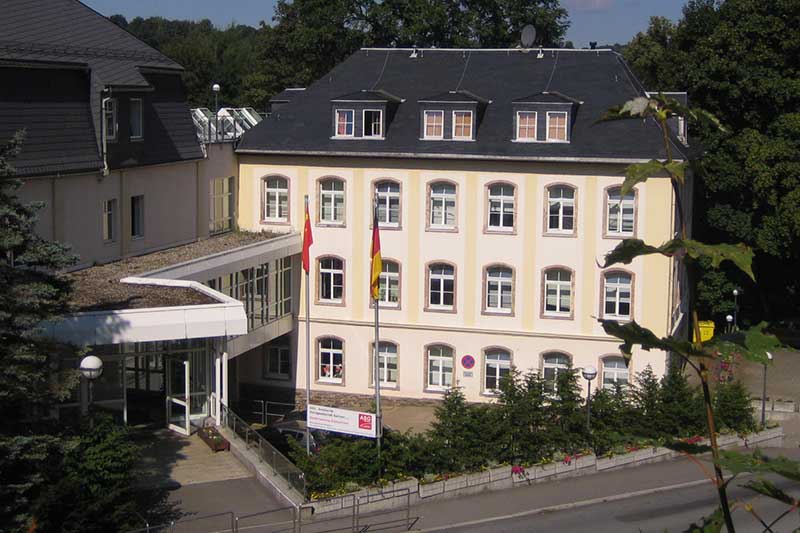 ASG offers programs which qualify the successful student to apply to any German University, where fees are minimal to non existent.
Besides financial affordability, Germany is an attractive country to live in; centrally located, the largest country in Europe, with one of the most successful economies in the world. Germany is a leading force in science, culture, its education system is outstanding and highly regarded all over the world. 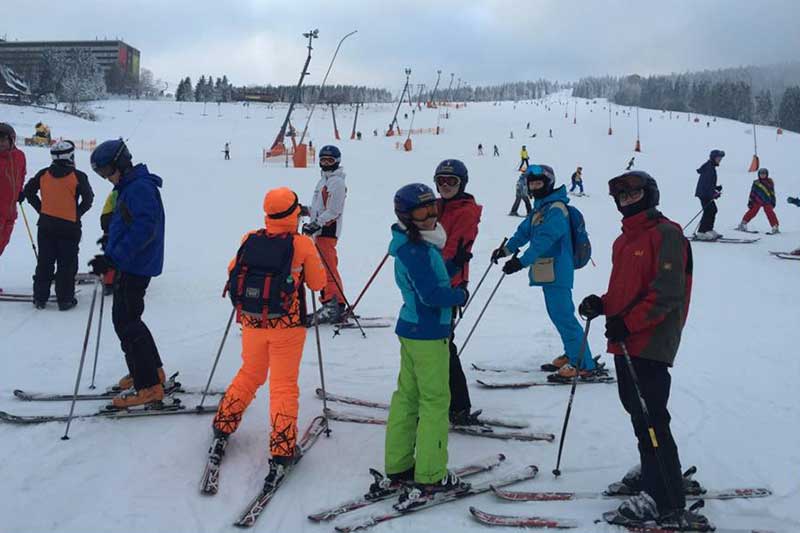 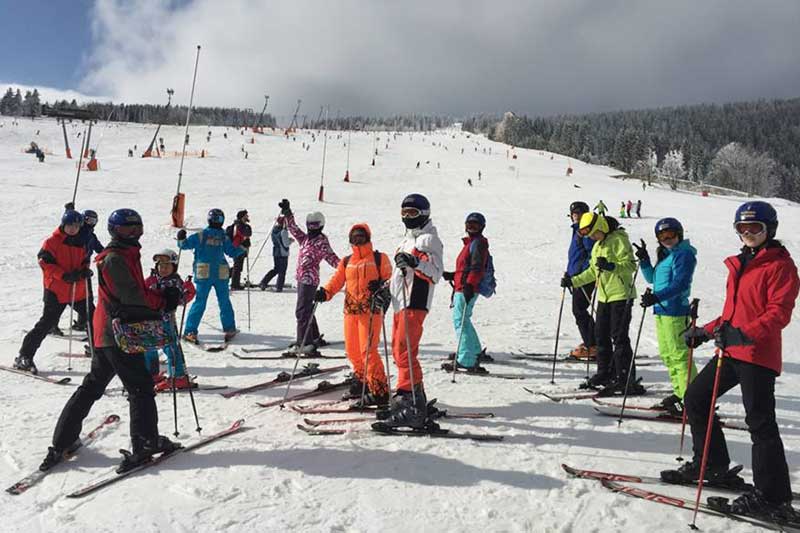 Field trips to Berlin and Potsdam where the Gymnasium/Highschool is located that most students will continue on are conducted annually.
Historic towns like Dresden and Leipzig are only 2 hours from Annaberg and can be reached easily by train or bus.
During winter vacation a week long ski course is offered as well, which is a popular and fun experience for most students.
Annaberg-Buchholz is a quiete, but very pretty town with many outdoor opportunities, markets and live entertainment events in the summer.
Christmas season with the famous Annaberg Christmas Market is always a very special time for lokals and visitors.
90% of all students graduate with a B2 certificate, some even with a C1 certificate.
Learning and living in Potsdam close to Berlin is for most students a diserable goal.
Conditions in Potsdam are similar to those in Annaberg-Buchholz, though students are now in classes with 75% German students studying subjects required for the German Abitur which allows attending German Universities. A challenge worth while considering the cultural and intellectual growth a foreign education creates as well as the financial advantage of receiving a free and very good German University education. 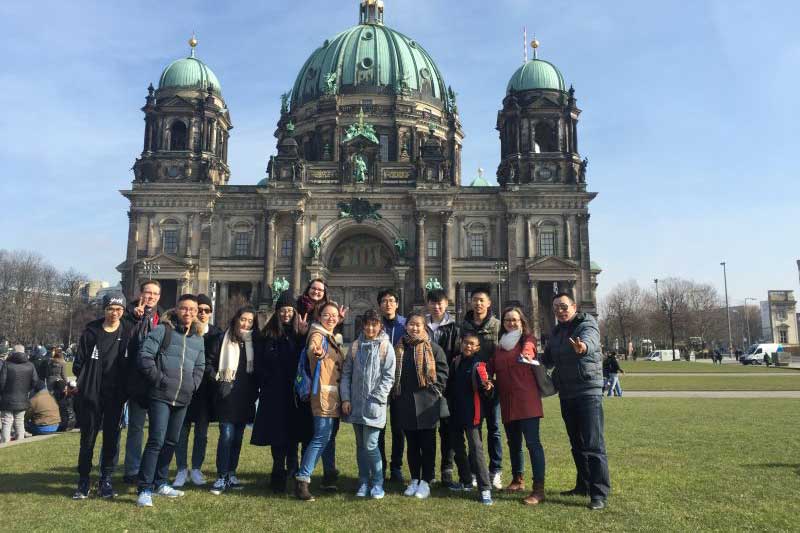 Those who have finished their mandatory schooling in their native country, usually age 14-16. Applicants with a student visa from a German Consulate.

What is the time frame, how long until I get to apply to a University?

In order to enter a University one has to have Abitur, the equivalent to the US High school Diploma. Dependent on the language skills and overall academic knowledge it takes 4-5 years to be able to apply to University.

Which schools are preparing for the Abitur?

ASG has several schools in multiple locations and with a variety of programs. Neue Sprachenschule Annaberg, is the first location. During a one year intensive language training the B2 or C1 language level will be reached, allowing the participant to attend the “Neues Gymnasium Potsdam by Berlin. Both schools are boarding schools.

Which subjects are being taught?

Neue Sprachenschule teaches German as a Foreign Language in addition there are subjects like Geography, History, German and Music. First foreign language is English, as a second foreign language Spanish and French are offered. After one year language tests will certify the level of competence reached by the student. These tests are official examinations according to the European Reference Framework for Languages, accepted world wide.

The young students, often only 14-16 years old, receive during their time at the schools in Annaberg as well as in Potsdam, professional, but caring 24 hr. support. Not only academic competence is being developed, but also cultural and personal competence as well. Responsible for academic training, tutoring and leisure time are professional, caring teachers with many years of expertise. 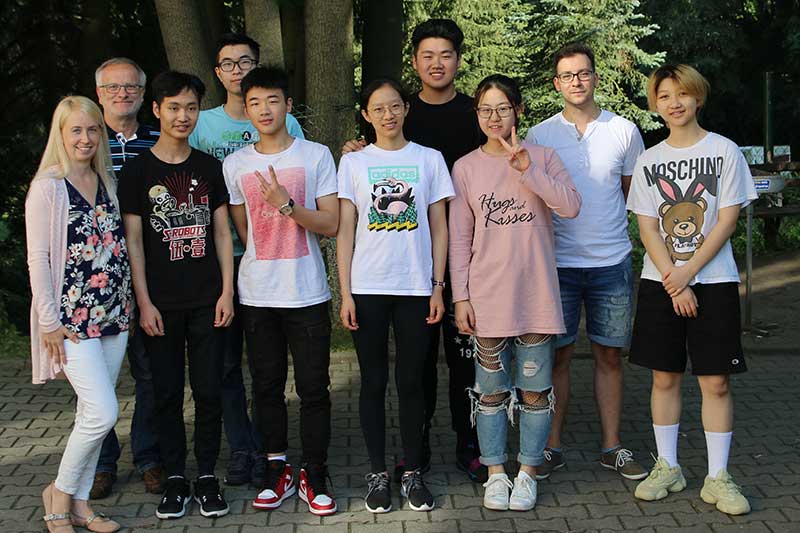 Attending school and studying in a foreign country is a challenge for children and parents alike. We would gladly help you while considering our schools for your future education.